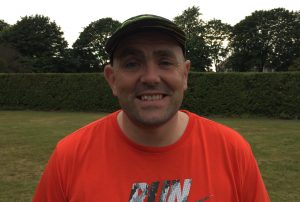 So I guess you could say i’m one of the founding members. FOMP run club started off as a few friends from Saturday Circuit and this year marks our 3 year anniversary. FOMP run club is still a bunch of friends its just gone from 4 to over 100+ members. Why do I run? Initially I started to lose some weight. Today that’s still the same with the added bonus of running with a group of amazing people. The club is run by regular runners for regular runners that just want to meet up and enjoy some miles every Tuesday evening. I’ve achieved so much since starting the club from running 5k to completing the London Marathon twice. Once on my own and the second with Elizabeth (run leader), Chris B (run leader) and Sarah (run club member). So if you’re thinking of starting to run FOMP Run Club is the place to begin your journey. 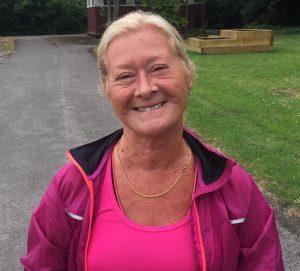 I started running just over 30 years ago and found it extremely hard. I didn’t want to go out again after my first run! But some friends were runners and encouraged me to join them. I did and never looked back. I have done a fair share of 10k runs over the years. I made the decision to become a run leader because I wanted to encourage other people to enjoy running. I decided to become a volunteer run leader for FOMP as a few of us had started running once a week as well as doing the community circuit sessions in the park. I found that from running the health benefits have been amazing. It has helped me keep my blood pressure down and continues to keep me fit. Running is a sport that is open to anyone young and old. FOMP run club is so inclusive and welcomes anyone. 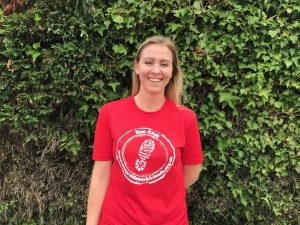 I joined run club when it was just a few weeks old. I had always hated running but after agreeing to run a 5k with some friends and discovering that it wasn’t actually that bad I decided I wanted to continue after we had completed the race.  Since joining run club, I have gone further distances than I ever would have thought I could - 5k’s, 10k’s, half marathons and even competing in the London Marathon last year! I couldn’t have done any of it without the help of run club and the amazing friends I have made there. I became a run leader as I wanted to get more involved with the club and help others to achieve their goals. I'm not a leader by any stretch of the imagination but Moorside's magic powers got the better of me and made me want to help people to do a bit more and run that bit further than they thought they could. Run club will be 3 years old this year and has gone from strength to strength and I’m proud to say I’m a part of it. 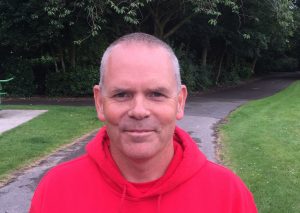 I have been a member of Moorside Park Run Club since it started, initially joining for two reasons. Firstly I wanted to get fitter and slimmer and secondly I wanted to get involved in the local community. Having been somewhat of a nomad before moving to Crosby, joining the Run Club has allowed me to cement roots along with the added bonus of meeting some fantastic people. Growing with the club I have now become a run leader and it has allowed me to give something back for all the support and encouragement I was given when I first joined. Seeing people grow and go from strength to strength shows that the social side of running is just as important as the distance. One thing is for sure, without that I wouldn't have continued running. The proof of that is going from non-runner to running the 2017 London Marathon in 3 years, if I can do it anyone can. 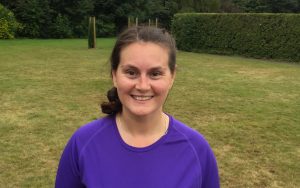 I never really loved running even though my whole family had the bug. In fact, a part of me was stubborn for many years. My answer was always no when asked to join them on a run. Then a couple of years ago, I went out for a run with my mum and actually survived it. It wasn't easy but I challenged myself to try again a week later. The rest is history as they say. I started running regularly when I met the lovely people at Moorside Park. We would go for a little run before our circuit on a Saturday. A couple of us then decided to start running on a Thursday night. It started with a handful of people, most of us pure beginners and there was a conversation about setting up an official group. I was all for it as I wanted to help others find out that running isn't actually that bad. The group have helped me train to do various 5km runs and I am now in training for my first 10km in February, followed by another in March. I don't think that I would have had the confidence to do this if it hadn't been for this group. I decided to volunteer to become a run leader because I wanted to give something back to the group and especially help those people who are brand new to running. It has been great to see the run club develop from the couple of people at the beginning, to a really successful group which is ever growing.